In an interview with the Iranian media, Dr. Mohammad Reza Sovizi the head researcher at the “Malek Ashtar University of Technology“, announced the accessibility of the Iranian petchem industries to the native know-how of an important catalyst used for production of diverse “Poly Ethylene Terephtalate” materials. PET materials which are now widely used at the global level for production of bottles, fibres, and medical uses are the number one materials which could be produced using this domestically made catalyst.

“These types of catalysts are used in manufacturing of PET materials which are then used widely for production of disposable dishware, polyester fibers for textile industry and belts, medicine industry, agriculture sector and chemical industries.” Said Dr. Sovizi (Photo Below) He also added:

“We have been able to indigenize the production of this important petrochemical catalyst in Iran after a long period of research works started in 1999 and by now, Iran is the first country in the region to acquire self-sufficiency in production of this chemical element which our PET production petrochemical complexes used to import it from other countries. This fantastic research project will save 22 millions of Dollars for our country”

Dr. Sovizi, confirming that: “Petrochemical industries are among strategic, and parent industries and in recent years Iran has achieved great development in this sector” added then: “With regard to the abundant raw materials found in Iran, our country has a great potential for generating income and promoting sustainable employment by relying on the petrochemical industries”

The complete text of this interview will be published at the Following websites:

The innovation of “Dr. Mohammad Reza Sovizi” has been one of the winners of Laureates of the “29th Khwarizmi International Award“. The award winner is also the CEO of a private chemical company : “Aray Shimi Rasa”

To find more about : PET 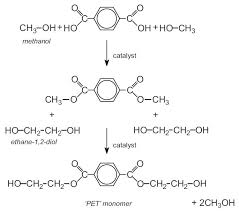