by Editorial
in International, Machinery, News
0 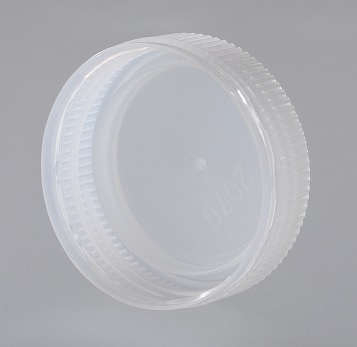 Even faster, even more stable, even more efficient: ENGEL presents the next generation of the all-electric e-cap injection moulding machine series for beverage caps.

The production of 29/25 lightweight caps on a new 1e-cap 380 machine makes it clear how continuously increasing requirements can be combined with the shortest cycle times, the highest precision and lowest energy consumption.

ENGEL set new standards with the presentation of the first all-electric e-cap injection moulding machine at K 2010. Until then, hydraulic machines using accumulators for the injection movement were the standard for the production of caps. The all-electric drive technology in this field of application was a revolution at the time. To date, the e-cap is the most energy-efficient cap machine on the market and at the same time the only high-performance machine tailored to the requirements of the caps and closures industry providing all-electric operation even with a clamping force range as high as 4,200 kN. With an average ROI of less than two years, the e-cap has quickly established itself worldwide since its market launch.

“Since 2010, the requirements for beverage caps have changed substantially”, as Friedrich Mairhofer, Product Manager for all-electric injection moulding machines at ENGEL, explains. This is why the continuous further development of e-cap now is being integrated into a next generation machine. Continuous part weight reductions play a central role. “For still water, caps with a weight of significantly less than one gram are produced today,” says Mairhofer. “As a result, the cooling and cycle times have continued to drop. Where the cycle times ten years ago were still 2.5 seconds, today’s cap machines need to be able to produce at 2-second intervals and faster.” When developing the new generation of machines, the main focus was therefore both on performance and on stability. The new e-cap achieves even faster mould opening and closing movements and is designed with an even more stable machine bed for more frequent load cycles.

An e-cap 2440/380 is demonstrating the series’ new performance achievements by producing 29/25 caps in a 96-cavity mould by Plastisud. The shot weight is 1.3 grams per cavity with a cycle time of less than 2 seconds. An HDPE from Borealis/Borouge is processed. The system is equipped with camera-supported 100 percent quality inspection by IMDvista and a dry air system by Eisbär. Further system partners are Piovan, PackSys Global and PSG.

The reinforced frame and the reinforced mould mounting platens on the new e-cap ensure excellent stability of the machine movements even with extremely short cycles and very small shot volumes. The result is outstanding reproduction of surface detail and a maximum number of good parts.

The fast dry cycle times of 1.3 seconds with the e-cap 380, for example, and the parallel movements included in the standard right from the outset make an important contribution to achieving cycle times of less than 2 seconds. Ejection occurs parallel to the mould opening. What is new is that the ejectors can be amplified by a switchable hydraulic booster on demand. This ensures that the machine operates with the best possible efficiency both during running production and during start-up after a production interruption. While the caps are not yet completely cooled and very easy to demould during ejection in ongoing production, the ejectors have to apply more force in stop situations to remove caps that have already cooled down in the mould. Since production interruptions are rare, it is more efficient to use servo-hydraulic drive amplification than to generally equip the machine with more powerful ejector drives. High forces only when they are actually needed – that is ENGEL’s motto.

The new e-cap generation is offered with two different ejector drive technologies. The machine works with hydraulic ejectors as standard. Servo-electric drives are available as an option, which require around ten percent less energy.

The plasticising unit was completely redesigned in the course of the e-cap’s further development, as the properties of the materials to be processed have also changed. The raw material manufacturers have adapted the materials to the lower cap weights. For CSD (carbonated soft drink) caps, the melt flow index (MFI) of today’s HDPE grades is between 0.8 and 1.4 g/10 min. Very short cycle times require particularly high plasticising rates. ENGEL has increased the torque of the plasticising drive accordingly and developed both a new plasticising screw and a new highly wear-resistant sliding ring non-return valve specifically for cap manufacture. Both products are part of the standard scope of supply of the new e-cap machines. With its new design, the barrier screw processes high viscosity HDPE in a particularly gentle way, even given high throughput levels, while ensuring a very good melting rate and homogeneity of the melt. This further contributes to the high process stability and repeatability of e-cap machines.

Cleanliness and energy efficiency have been essential characteristics of the series right from the outset. With an encapsulated toggle lever and a very clean linear guide of the moving platen, the e-cap machines reliably meet the requirements of strictly regulated production in the food industry.

The machines’ all-electric drive technology makes a major contribution to their outstanding energy efficiency. In addition, braking energy is recuperated, reliably preventing the need for expensive peak power. Thanks to the very high efficiency of the drives used, the e-cap machines also only require a minimum of coolant. The e-cap 380, for example, operates at high speed with a specific energy consumption of 0,37 kWh per kilogram of pellets processed.

As a system supplier, ENGEL precisely coordinates all the components of the production cell right from the start of the project. “This allows us to fully leverage the efficiency potential throughout the entire production cell,” as Mairhofer emphasises.

Text from “ENGEL” and inks from “Polymer Industry Media International“.