More About K 2022 Just Before The Event

Watch Boots That Remain Soft at Winter During Simac Exhibition

VDMA Members Will Present The Latest On Circular Economy

9 Members Of The AMAPLAST Assembly Were Elected

Fighting With Fire Through A Joint Venture Between BASF and THOR

No Result
View All Result
Home CV of PIMI Colleagues

CV’s are not published in a standard format. They will be appeared based on what the colleagues have sent us. 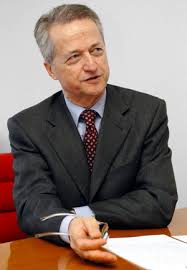 Claudio Celata was born in Finale Ligure (Savona, Italy) in 1942 and holds a technical diploma.

For six years (1961-1967) he was the marketing manager in a plastics and rubber machinery manufacturing private company.

For five years (1968-1973) he worked in advertising and public relation agencies and as consultant in economics for small and medium sized companies.

Since 1974 up to June 2010: managing director of the Italian plastics and rubber processing machinery and moulds manufacturers’ Association (ASSOCOMAPLAST) and since June 9, 2010 up to July 25, 2012, he was chairman office coordinator of the Association.

Since 1974 up to July 25, 2012: managing director of PROMAPLAST srl, commercial company of ASSOCOMAPLAST.

Since July 26, 2012, he has been appointed ASSOCOMAPLAST and PROMAPLAST srl consultant.

Since 1976 up to 2012: publisher of the technical magazines MACPLAS and MACPLAS INTERNATIONAL.

Since 1985 he is member of the board of directors of the Italian plastics certification institute (IIP).

Since 1985 up to 2012: EUROMAP (Europe’s Association for Plastics and Rubber Machinery Manufacturers) Executive Committee member.

Since 1993 he is managing director and chairman of CESAP srl (training and technical centre for plastics processing industries).

Since 1995 he is chairman of the CEN technical committee TC 145 for safety standard related to plastics and rubber machinery.

Since 1996 up to 2008: vice-president of the Italian national body for plastics material and products standardisation (UNIPLAST); since June 11, 2008 to February, 2013 he was the president; since March, 2013 he is a board of director member.

From 1997 to 2002 he was secretary general of the Federation of Italian Associations of producers of industrial machinery (INTERMECCANICA).

From 2001 to 2004: secretary general of the Council of international plastics associations directors (CIPAD).

Since 2012: chairman of ISO technical committee TC 270 for safety standard related to plastics and rubber machinery.

From 2004 to 2010 he was vice-president of CFI (Committee for Italian Trade Exhibitions Organizers).

From 2005 to 2009: managing director of the Italian plastics recyclers’ Association (ASSORIMAP) and board of director member of EuPR (European Plastics Recyclers).

From 2007 to 2012 he was board of director member of Laboratory for Plastics Materials testing of Milan Polytechni. 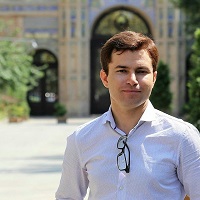 More about me at: www.linkedin.com/in/mehdi-sepahvand-1818a097

Thesis title: Synthesis of super plasticizer based on Lignosulfonate for cement and concrete

Thesis Adviser (Supervisor of the degree of Master of Science)

2 — Synthesis of the PEEK/COC/CNT nanocomposites and study on the properties and permeability, by A. Kavoosi, I.A.U. Shiraz branch, spring 2015.

8 – Irradiation of the nanocomposites based on PEEK and carbon nanotube, by A. Nejati, I.A.U Shiraz branch, summer 2014.

14 – Synthesis of the biodegradable Polypropylene/starch and study on the mechanical properties and biodegradability, by M. Mauchi, I.A.U. Shiraz branch, 2013.

15 – Study on the viscoelastic properties of the Polycarbonate/cyclo olefin copolymer blends under electron beam, by F. Kasrai, I.A.U. Yazd branch, 2013

17 – To prepare the irradiated blends based on PC/COC/Polyolefin elastomer and characterizations, E. Dabiri, I.A.U. Shiraz branch, 2013.

Thesis Adviser (Supervisor of the degree of Bachelor of Science)

1 – Physical chemistry for Master and bachelor of sciences

2 – Material Sciences for Master of Science

3 – Material Properties for Master and bachelor of sciences

4 – Material Processing for Master and bachelor of sciences

5 – Biopolymers and biodegradations for Master of science

6 – Plastic and rubber technology for Master and bachelor of sciences

1991 work at Kangan  Gas refinery as internship work. Monitoring of the process.

2011 Organizing a conference which was titled “the first conference of innovative chemistry of IRAN”.

2012-2014 Consulting of the petrochemical research and technology company in process amd synthesis of the biopolymers in Tehran, Iran.

Supervising more than 20 MSc. of thesis.