From the VDMA interview series regarding Circular Economy 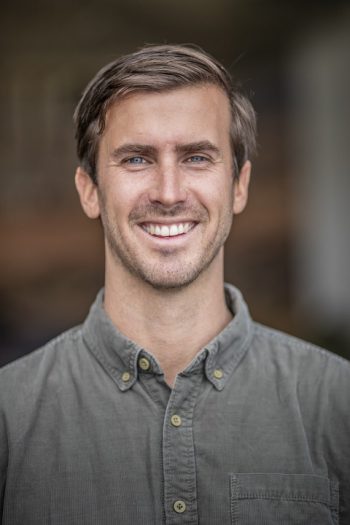 Interview with David Stover, cofounder and COO of Bureo.

Bureo is a US company that turns old fishing nets into new products such as skateboards. How did you come up with fishing nets as a start-up?
David Stover: If you look at the plastics problem as a whole, it is estimated that plastic fishing nets account for between 10 and 40 percent of marine pollution caused by old plastics. That’s a significant proportion for just a few types of garbage. We at Bureo want to do something about the garbage on the seas and have therefore chosen the fishing nets. So far, there has hardly been any consideration of what to do with the nets that can no longer be used. We consider fishing nets to be one of the most harmful forms of plastic waste for the maritime environment.

How does Bureo collect the end-of-life fishing nets?
Stover: We operate in Chile with our company. There we started to set up large recycling buckets in the ports. A kind of garbage can, where the fishermen could get rid of their old nets. This works in some places where it is well managed. But the situation varies from port to port and from fishing company to fishing company. Then we realised that instead of waiting passively for the garbage cans to fill, it was better to actively approach the fisheries. Today we are receiving information from the fisheries as to which nets are old and when they are to be phased out.

Does Bureo pay for this?
Stover: Yes, because the financial incentive means that fishermen do not regard the old nets as waste, but as a business opportunity. We pay the fishermen, collect the nets, recycle them and return them to production.

Does your example set a precedent elsewhere?
Stover: We are expanding in Chile and beyond. We are now talking to fisheries in the north and south of the country and neighbouring countries. We are also in the process of setting up a project in Peru and are also negotiating with the relevant authorities in Argentina and Ecuador. The volumes that we collect and process are growing all the time. But our radius remains rather local. If you look at the amount of old nets that we recycle each year, it becomes clear that we certainly do not yet have much influence on the big problem of plastic waste.
But we are showing a way to change the way fishermen deal with nets.

How can the problem be tackled globally?
Stover: Because littering with old fishing nets is a global problem, we are in contact with groups that want to tackle the problem globally. For example, we are a founding member of GGGI, the Global Ghost Gear Initiative. In this working group, all parties involved in the issue are looking for possible solutions that can be applied everywhere. Another very important point for us is education. We show fishermen and fisheries that there are ways to avoid pollution.

How is the USA dealing with plastic waste?
Stover: My observation is that we are safely behind the EU there. In some places and regions, such as New York City or California, there are a number of great initiatives. In California there will soon be a law requiring manufacturers of plastics and plastic products to invest in recycling. At the local level, there have
been many bans on disposable products. So there are a few good initiatives, but as a country, the US has a problem dealing with its own garbage in a sensible way. For a very long time, we have relied on the fact that we can simply export our plastic waste. Recycling is currently still very inefficient in the USA. Even of the waste that is collected, only part goes for recycling because the other part cannot be recycled at all. The infrastructure and certainly also the technical possibilities are inadequate. Basically, we will have to change the way we use, process and recycle material, and we will have to change it globally.

Do you need political guidelines to get recycling rolling, as in the EU?
Stover: That would certainly be good, but in the current political situation in the USA this is very unlikely. We are convinced that consumers can put pressure on companies to design their products better and produce more sustainable products. But that only works up to a certain point. Consumers don’t want to give up their convenience, they want everything at the lowest possible price and the companies that produce such products don’t want to get away from plastic because it’s cheap for them. What is really needed, therefore, is regulation by
politicians, including at local level. Companies must be influenced and punished if they do not comply with the regulations. The multinationals in particular have so far often shirked their responsibilities.

But many of these companies have set themselves ambitious sustainability targets.
Stover: It’s true that pressure is exerted on these companies from outside. After all, no one can hide the images of the littered seas and hide our waste crisis. These companies have now started initiatives and are setting themselves goals for the next few years. That’s a good start, but you have to keep the pressure on. On closer inspection, the initiatives and plans of these companies are quite small compared to their size. Some are ambitious, but for many it doesn’t matter much. I think we need to increase speed and scope significantly. The plastics industry produces more plastic every year. If we actually used as much recycled material as everyone promises, we would see a decline in the production of new plastic.

The last VDMA interview published at this channel was: Reversing Vulcanisation Process Will Produce Material Like Rubber